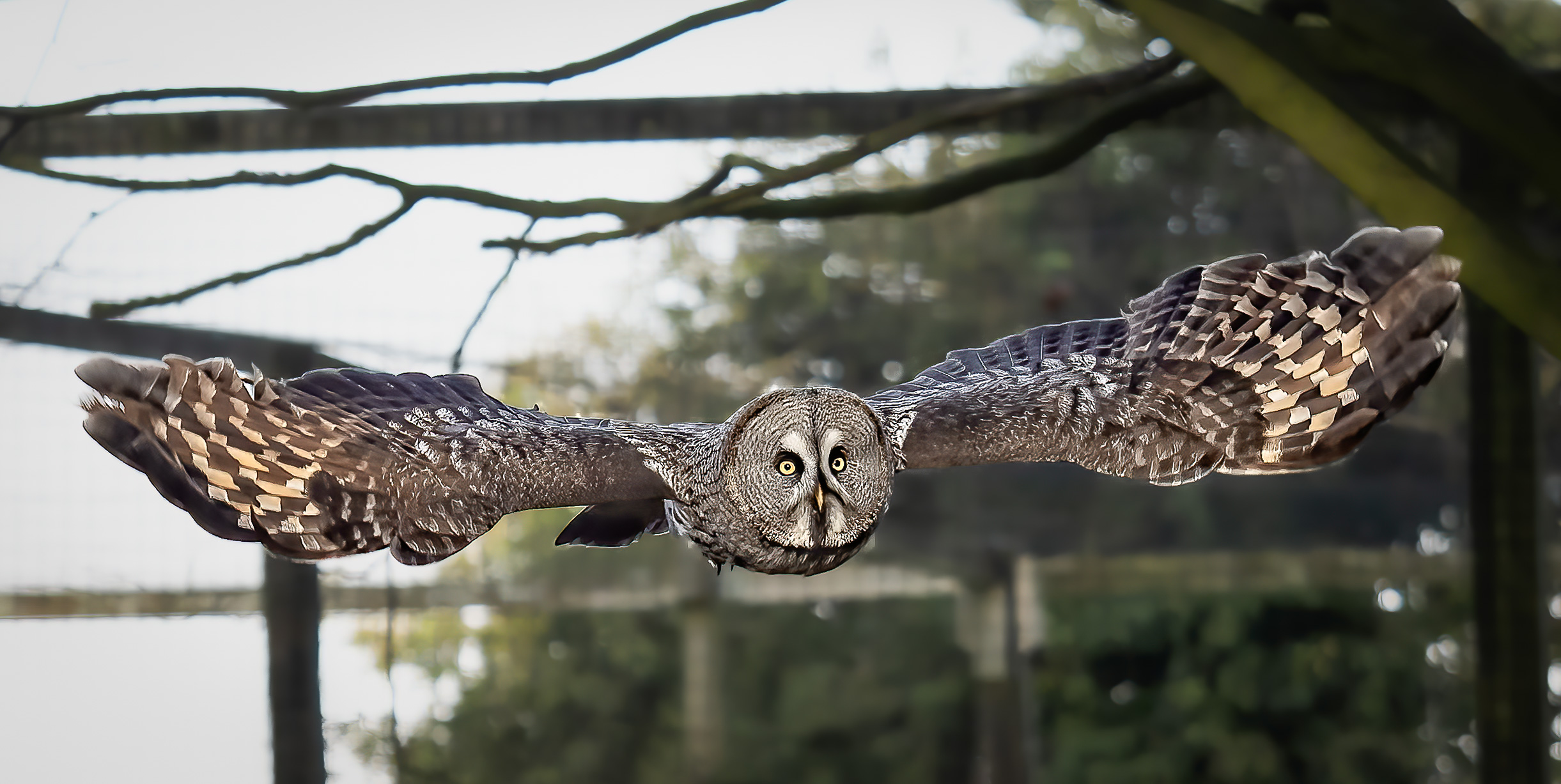 I recently tested the EM1x and firmware 2.0 at the Hawk Conservancy Trust (HCT). Shooting owls with the new bird AI tracking system and Pro Capture was a revelation. Here are some examples and the settings I used.

Owls at the HCT

For the winter months at the HTC, the order and content of the displays has changed. From being the last session in summer (and one which I often missed because of low light and the difficulty in getting good shots), the owl display was first, and had quite good light on the day I visited.

The owl arena is quite small, and full of trees, and the owls fly fast and very close. It’s very hard, almost impossible to lay a focus point on them as they fly. However, they can be captured as they take off from the keeper’s glove. I have used used Pro capture L in the past, with quite good results. However, this time I used the EM1x and firmware 2, with the new bird recognition tracking active and Pro capture, and got the best hit rate ever for this session, of 48%. This was massively better than the EM1x v1.3 and in addition every in-focus shot was bang on the bird’s eye.

For this session, I used the 40-150 with no TC, as I wanted the lowest ISO I could get. I shot at 1/2000, wide open, with auto iso and exposure compensation to get the exposure right.  My Pro Capture settings were 15 fps Electronic L, and pre shutter frames of 15. Full details of how I use pro capture and the EM1x are here.

Despite it being December, 95% of the shots were at ISO 1600 or less, so highly manageable for noise. Most of the crops were around 70% (i.e final file size of 6Mpx vs the original 20MPx). My post processing technique for these shots is described in detail here.

Owls with the EM1x and firmware 2

Here is an album of 21 portfolio shots, taken over around 45 minutes.

EM1x and firmware 2 for birds in flight

There is no doubt in my mind that when you want shots of a bird taking off or landing, the EM1x and f/w 2.0 is excellent. Bird recognition tracking is my new default setting for Pro capture, and marks a really welcome increase in function.

The new bird tracking is also great for stationary or slow moving birds. For fast birds however, I still find it to produce worse results than using normal CAF, so it is currently not in my kitbag for those. Two out of three, for free isn’t bad though, and it makes me even more likely to splash out the huge dollars for the 150-400 f4.5 lens.